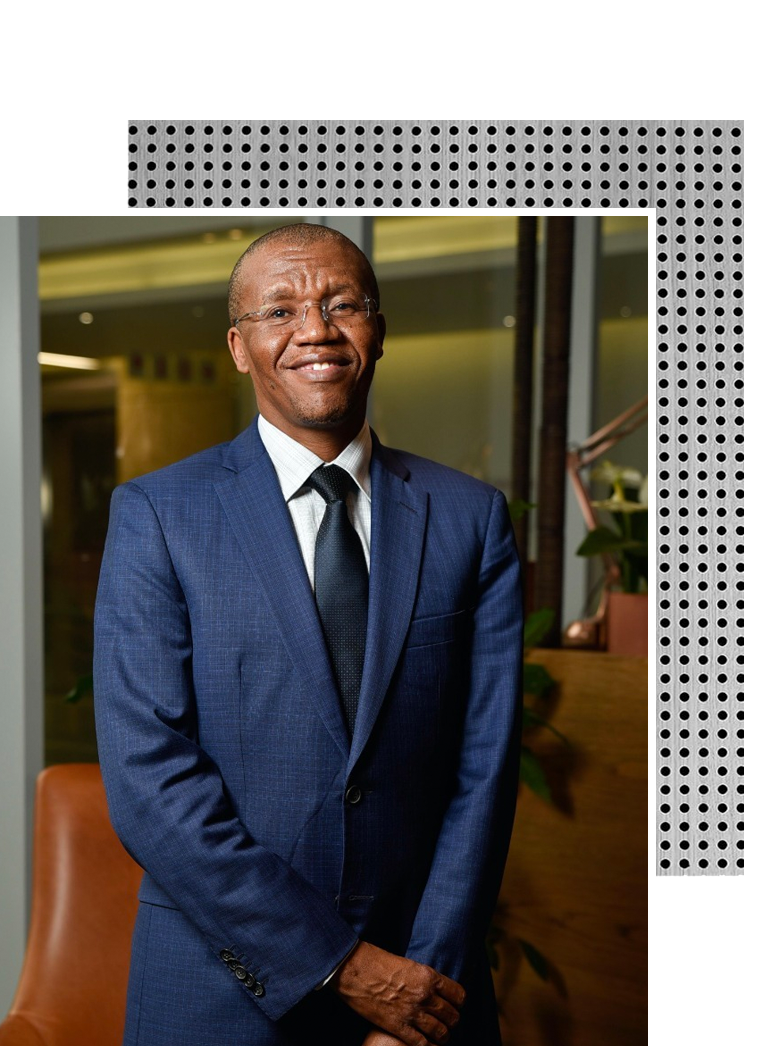 William is an Executive Director at Arkein Capital Partners and was the Chairman of RH Bophelo Healthcare Fund’s Investment Committee. Prior to joining Arkein, he previously worked as the Treasurer and Head of Dealing for the City of Johannesburg. He has worked as a Money Market Dealer at African Merchant Bank (AMB), and as the Assistant Treasurer at the National Housing Finance Corporation (NHFC) prior to joining the City of Johannesburg.

William pioneered the first R2 billion bond issues for the Municipality of Johannesburg. He was also instrumental in the R6 billion debt restructuring for the City of Tshwane’s long-term bonds, and provided credit ratings advisory to the Airports Company of South Africa (ACSA).

In 2014, he was part of the Arkein team that set up Razorite Healthcare Fund which has now listed its healthcare assets on JSE as RH Bopelo. In 2016, he co-founded the Diaspora Infrastructure Development Group (DIDG) which was awarded the US$400 million 25 year concession to manage and develop the National Railways of Zimbabwe (NRZ).